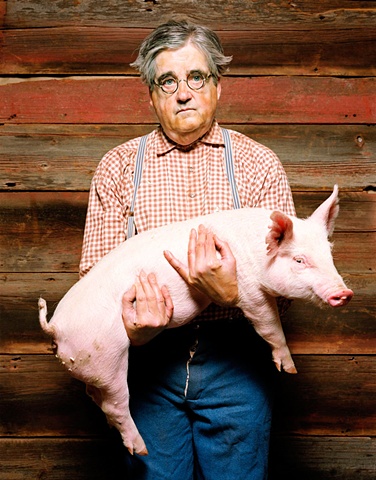 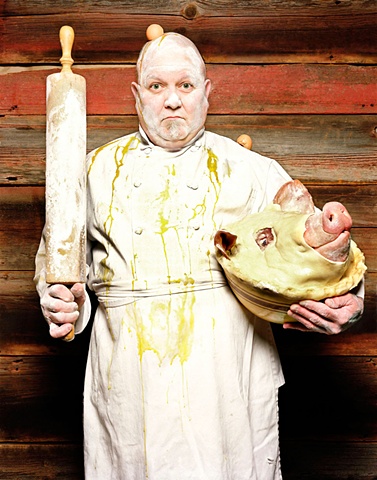 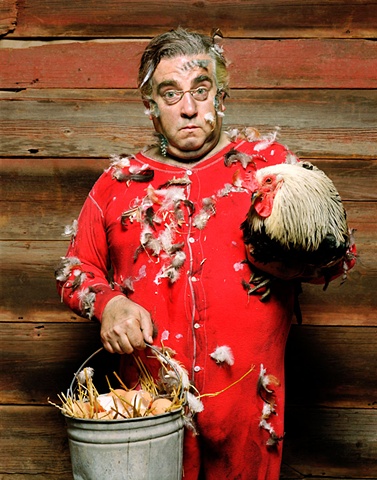 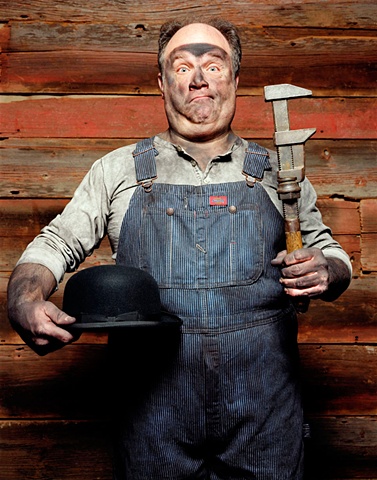 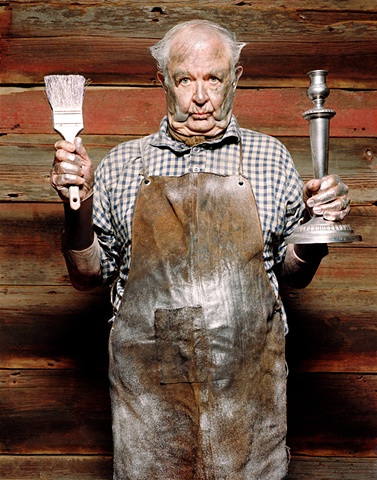 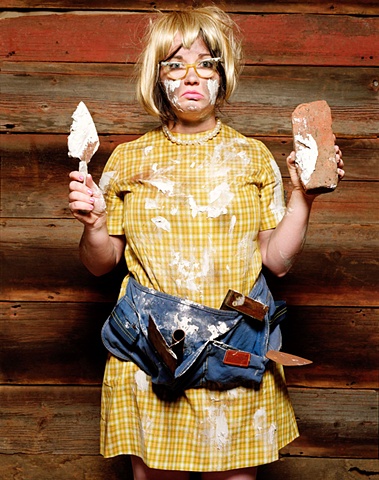 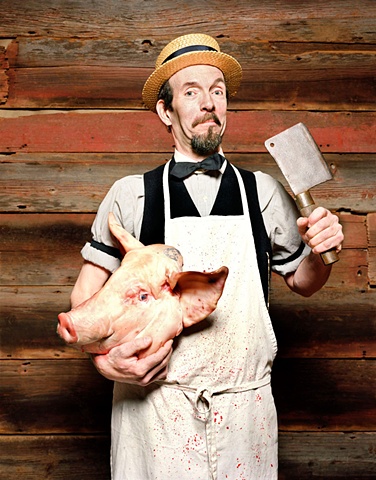 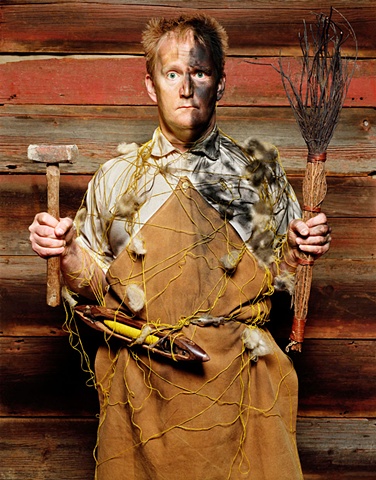 In this series of fictitious portraits, I document the hitherto unknown Fat-Cat Protection Program (FPP). In this controversial program, the Rotarians and Shriners join together to relocate disgraced corporate executives into the American heartland, escaping the pitchforks, tar and feathers of an outraged American public. Once secure in their deep-cover identities, the Masons take over their re-education in manual labor camps, where they reintroduce these Wall Street rogues and corrupt CEOs to the true American values of hard-work, decency and fair play.

Once rehabilitated into plumbers, butchers, bakers and other respectable professions, a portrait is commissioned for their trades union identity cards, and their repatriation into society begins. In this fictional world, I have been recruited by the FPP to document this transformation, and I stage my portraits in the style of 19th century occupational tintypes, where craftsmanship, the tools of the trades, and the essential dignity of work are honored.

Inspired by August Sanders’ Face of Our Time, Irving Penn’s Small Trades, and Richard Avedon’s In the American West, my FPP portraits showcase workers and traditional trades, reluctantly reenacted by my reformed Fat-Cats. I cast, wardrobe and prop these characters, and shoot them in my studio on an antiquated 4x5 press camera with color negative sheet film. These photos are underpinned by a ‘fish out of water’ subtext, which serve to highlight the tension between honest work and corporate greed.